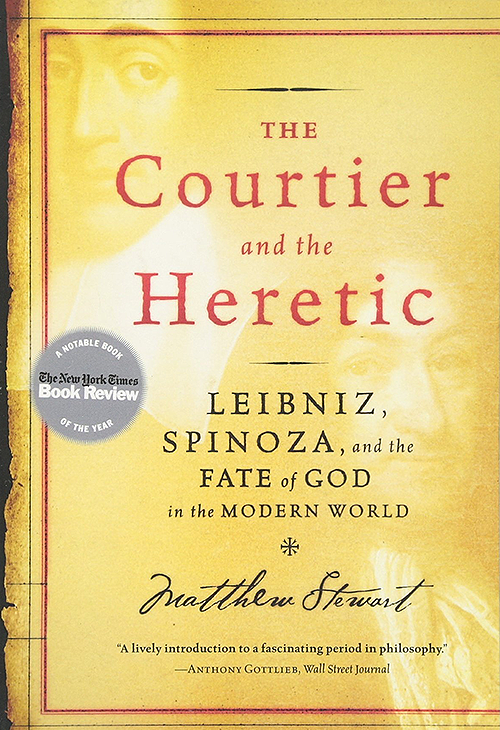 Once upon a time, philosophy was a dangerous business—and for no one more so than for Baruch Spinoza, the seventeenth-century philosopher vilified by theologians and political authorities everywhere as “the atheist Jew.” As his inflammatory manuscripts circulated underground, Spinoza lived a humble existence in The Hague, grinding optical lenses to make ends meet. Meanwhile, in the glittering salons of Paris, Gottfried Wilhelm Leibniz was climbing the ladder of courtly success. In between trips to the opera and groundbreaking work in mathematics, philosophy, and jurisprudence, he took every opportunity to denounce Spinoza, relishing his self-appointed role as “God’s attorney.”

In this exquisitely written philosophical romance of attraction and repulsion, greed and virtue, religion and heresy, Matthew Stewart gives narrative form to an epic contest of ideas that shook the seventeenth century—and continues today.

Praise for The Courtier and the Heretic

“Exhilarating … Stewart has a achieved a near impossibility, creating a page-turner about jousting metaphysical ideas, casting thinkers as warriors. … He is a fluid, even a jaunty writer, and his summations show fertile wit.”

“[Stewart] lays the ground for a new genre: rigorous, readable intellectual history for the reader who would never buy a work of pure philosophy, but wants to know why people think the way they do.”