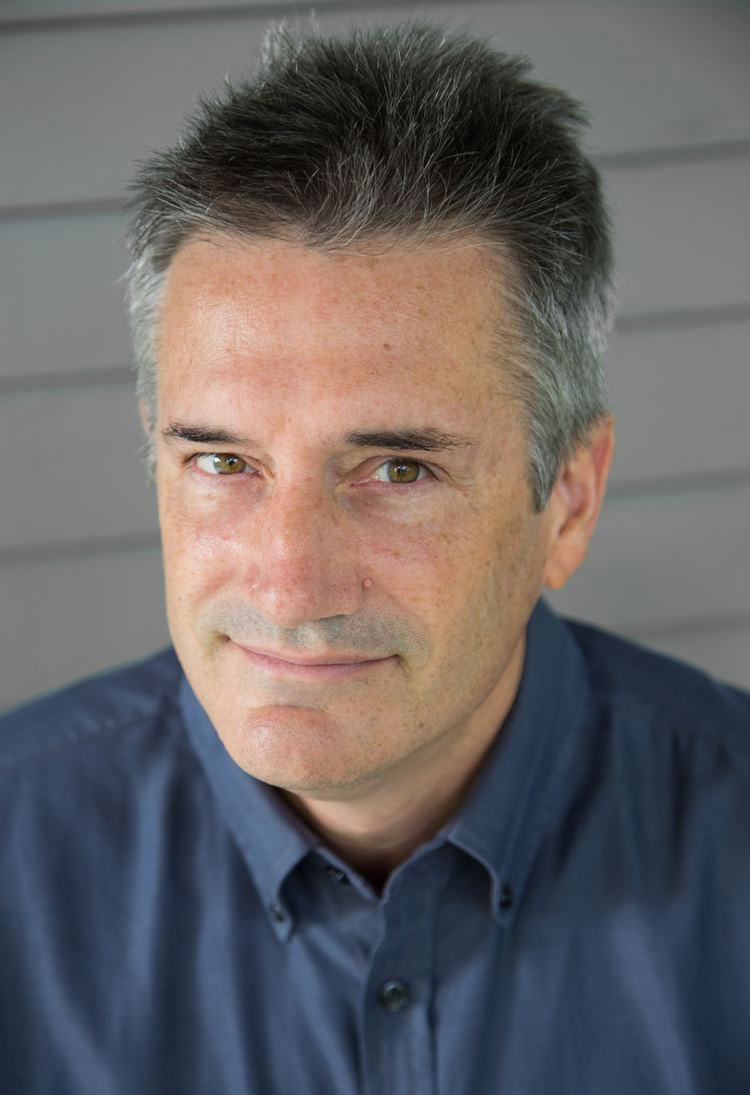 My father was an officer in the Marine Corps. My mother was a former schoolteacher from Barcelona, Spain. They met in Germany. I was born in Honolulu, Hawaii. We moved every three years or so, to various places in California, Virginia, and the Washington, D.C. area. When my father went to Vietnam for a couple of year-long tours, my mother, brother, sister, and I moved in with my grandparents in Barcelona.

I graduated from Princeton University in 1985 with a concentration in political philosophy. I was awarded the Sachs Scholarship from Princeton for study at Oxford University, where I earned a D.Phil. in philosophy in 1988. In the course of my doctoral studies, I discovered what I took to be irrefutable philosophical objections to pursuing a career in academic philosophy.

As I was not qualified for any kind of employment in particular, I became a management consultant. The work involved extensive travel, much practice in foreign languages, and considerable on-the-job training, all at the expense of large financial institutions who, for reasons that are sometimes difficult to articulate, sought my and my colleagues’ advice on matters having to do with their business strategy.

After three years of laboring to make life better for multinational banks, I decided to take a sabbatical. Over the next two years, I worked on the first draft of my first book, The Truth About Everything: An Irreverent History of Philosophy, with Illustrations. The book was my attempt to rescue philosophy from the clutches of the new scholastics of the academy. At the time, however, the publishers of the world (or at least the several hundred I contacted) were unanimous in their conviction that philosophy did not wish to be thus rescued.

With my savings exhausted, I was obliged to return to the material world. As luck would have it, I fell in with a group of fellow consultants who were in the process of spinning themselves off from an old and established firm into a new one. I joined them as a founding partner of the new firm. Over the next several years, the new firm prospered. Along the way, I made some rather alarming discoveries about the partners. After my first book at last found a publisher, I was eager to resume my vocation as writer and philosopher of the people, but extricating myself from the firm proved more complicated than anticipated. My escape was ultimately made possible by irrational exuberance in the stock market. The story, told in my book The Management Myth, ended well enough for me.

When I was eleven or twelve, my Spanish grandfather told me that the submarine was invented in Barcelona. I had my doubts: My grandfather was always something of a dreamer. In the evenings, after returning from running his small, paper-bag factory, he would lock himself in his room and write un-filmable screenplays for spaghetti westerns. He was convinced that all the good things in life could be done better in Barcelona. I was sure that the submarine, like everything else, was first made in America. I later discovered that my grandfather was mostly right. As a kind of homage to him, to Barcelona, and to utopia-minded scientists and inventors everywhere, I wrote Monturiol’s Dream: The Extraordinary Story of the Submarine Inventor Who Wanted to Save the World.

While working as a consultant in the Netherlands, I got the idea of writing a philosophical thriller centered on the secret meeting that took place between the philosophers Leibniz and Spinoza in The Hague in 1676. I was sure that my novel/ screenplay would rejuvenate the discussion of modern philosophy in a timely and accessible way. I figured I could pitch the idea to Hollywood as Umberto Eco meets Dangerous Liaisons in Copenhagen. More recently, I realized that the facts of the matter were more interesting and more illuminating than anything I could fabricate, and so I wrote The Courtier and the Heretic.

On July 4, 2014, I published Nature’s God: The Heretical Origins of the American Republic, with W.W. Norton & Co. I like to think of it as a work of patriotic duty. It is my hope that many of those who most loudly proclaim their patriotism today will find in it much with which to disagree.

I am currently at work on a sequel that celebrates the heretical origins of America’s second revolution in the war over slavery. Who knew that the radical philosophers of the German enlightenment played such a critical role in bringing about the end of slavery and the re-founding of the American republic?

While working on that project on the nineteenth-century struggle over slavery, I arrived at what I like to think is a better understanding of the role of extreme economic inequality in distorting political discourse and driving the course of history. This, combined with the daily experiences of child-rearing among America’s educational elite, prompted me to write an essay for the Atlantic on “the 9.9 percent,” or what I describe there somewhat imprecisely as the new American aristocracy. My more complete and considered take on the subject appears in book, The 9.9 Percent, published by Simon & Schuster in October 2021.